Play Together on Valentine’s Day 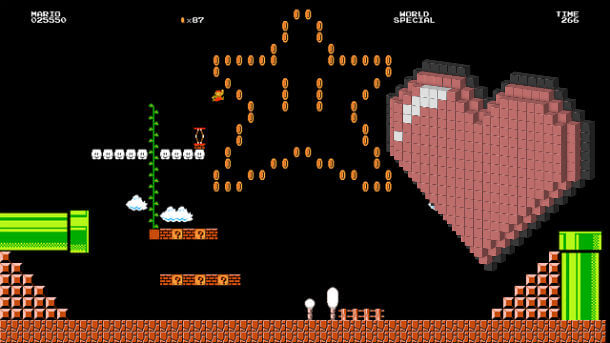 PLAY TOGETHER ON VALENTINE’S DAY

Valentine’s Day is a day for romance, but it is also a day for fun. Traditionally couples have a romantic dinner, but if you do not want the pressure of an expensive meal out in a squashed and noisy restaurant, play together at home on Valentine’s Day with some fun gaming suggestions given below:

Games to play on Valentine’s Day

We are all busy balancing our work, family and other responsibilities, but gaming is a fun way to play together, either through competition or co-operation to win a game. This is also a good time to present a new game that would be a great Valentine’s gift for a husband who loves new adventures. If you are not sure what game to buy for 14 February, we have put together a list for you to consider.

Portal 2 has a cooperative mode that will have you both needing to use your critical thinking. Completing stages is not as simple as you might think at first, but once the two of you are synchronised you will be able to take down Aperture’s obstacles with ease. The campaign mode also has a second player helping out makes solving the puzzles more fun and there are enough user levels to keep you interested after your launch game.

END_OF_DOCUMENT_TOKEN_TO_BE_REPLACED

THE TOP 5 GIFTS FOR GAME LOVERS

THE TOP 5 GIFTS FOR GAME LOVERS. 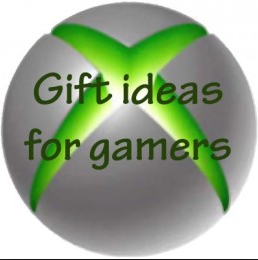 Game lovers are enthusiast who play, love or interact personally in one way or another in games. They are commonly referred to as gamers. Although the word gamer is mostly used for video game players and enthusiast it can also be used to refer to players of various forms of games/physical games. There are many gamer communities around the globe where they hold discussions.

The gifts or ideas of gifts to give to a gamer are many but are limited to the kind of game one is interested or hooked to. Some gamers love poker, golf, basketball, and football/soccer and gaming memory.

Some of the gifts include

Poker is gambling through cards, it spread from 1829 where Joseph Cowell an English actor claimed the game was first played using 20 cards. In the modern day the 52 card deck is used. There are tournaments all around the world that serve in creating competition and value for the game like the European poker Tour and the world Poker tour.

The gold poker cards are playable with the deck having been produced to tournament standards, mostly used in high end casinos well packed in a cherry wood quality case. It’s a great gift for any poker lover in terms of class and they only retail at $59

Golf isn’t played on a standard course. It’s a sport where players use a club to hit the ball on a course into some holes mostly 18 in the fewest number of strokes. Modern golf is dated back to the early 15th century with the origin of the game being undated. There have been many advancements through the ages with Golf tournaments coming up the US Open, Australian opens and many more. The game sure has some lovers and a gold golf ball as a gift is as sure to make anyone’s day. The golf ball are packed in a trophy case that can be kept anywhere on a display cabinet or a trophy shelf. Its genuine ball dipped in pure gold karats. Goes for $89

This is any gamers dream or mostly the lovers of the video game assassin’s creed. The game is a fictional action adventure video game and depicts the life of assassins who fight for peace developed in the early 2007, its developed by the Ubisoft Montreal company together with Gameloft and played on PlayStation 3 and 4 , Xbox 360, Microsoft and Android device platforms. Just like I the game series this hidden blade is styled in the likeness of the weapon and uses a spring loaded rectangle blade when you move, it’s good to note it’s only a toy blade. Goes for $64.97

A good gift idea for any iron man video game lover. The game created from the hit movie Iron man, that’s a superhero fiction movie created by the Marvel Comics studios. In the movie Iron man played by Robert Downey Jr depict him as a hero who build a suit in order to save his life from a severe chest injury but ends up making a suit with guns and uses it to save the world from villains. The cufflinks are made with Iron man’s helmet in silver, bullet style back 75” tall and 6” wide suitable for any official ball or dinner. Worth $39

Tennis is a racket sport played around the worlds both professionally and recreational. Some sports men have excelled in this game bringing with them a host of the games lovers. Originated in the modern England in the 19th century. A personalized ball or racket to give as a gift is meaningful and appreciative of the lovers of the game, it can be the name of a legendary player or the receiver of the gift. Goes for only$11.50

I do apologise for the lack of activity on the site for the last couple of weeks I have been busier than a bee. I have been working 2 jobs other than Peripheral Games and rewriting the graphics subsystem of the Scales engine! But now I am back were I started and the entire system is much revised and has a much better rendering using the new OpenGL 4.2 specification which is OpenGL’s answer to DX11.

I have also been working on the engine visualization video I said I was going to make 2 weeks ago. Well now its done and please enjoy.

Yet another Peripheral Games vlog!

Yea, Im actually managing to keep up with a video per week. Life is super busy at the moment but here’s another short video of me talking about game development stuff, oh and you can help me design a game!

Vlog #5 and a cool competition!

Well hello there! It’s time for another vlog! In this episode I run out of things to talk about.

More importantly though I am holding a competition! Over the next month or two I will slowly be releasing clues on twitter as to what the secret project is about. Its your job to guess it before anyone else. Incase you miss some, at the end of every week(Friday) I will put up a post on the website here with all the major clues that week so you can try and guess. Drop me a tweet or a comment below on what you think the game is about an you could be in with a chance to win 2 copies of the secret project!

God can you believe one week has past! Time flies, anyways here you can enjoy the second vlog were I rant on about my dreams of making a game engine and how I intend to do t!

Hello there, welcome to my new series of videos which aims to be a weekly vlog rather than a post. This is so you can sit back and enjoy a video rather than read. So without further ado here you go!

Hello there! Continuing my quest to make my site more video related than just text I have a Blender tutorial! It’s on a really interesting subject for doing pixel art if your good at Blender but not good at 2D art, which is my problem.

On other news with all the video’s I’m making I decided the website needed to be ramped up a notch. So I will be adding a whole new section to the site dedicated to educational stuff! So please come back and keep an eye out for the changes and enjoy the video:

The future of the Mystery Game

When I designed the mystery game I intended for it to be a simple game I could make in a couple of weeks. But talks have happened in the last week and the mystery games direction has changed entirely.

Now before I tell you more I would look to put out a disclaimer that everything I say is subject to change, although I do rather hope it won’t.
The plan is the mystery game will become an appstore app for iOS. I will be putting my all in to it over the next few months and making it as good as can be. I have also made so drastic changes to the management here at Peripheral Games to make sure the mistakes made in Dead Lep Revenge will not happen ever again. Just so you don’t get bored here’s a screenshot of one of the characters being made: 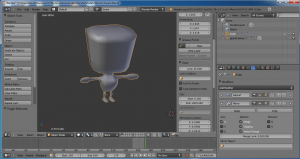 First I will be working purely on game play and core design for Alpha. There will be near to no content and no fancy graphics, just the core mechanics. This way I can perfect them so time is not lost if drastic changes are needed(which they wont be).

After this I will put some fancy graphics on it and make a trailer which I hope to be using to get funding from Kickstarter.
As always the best place to get news asap from us is our twitter and don’t forget to tell me what you think!

Yup, my failed attempt at making DLR is up! I have put it together in a neat little package so what I have done is playable.

Even though it didn’t work it was a massive learning experience for me and I will put all that experience into the next game. So thanks you to all the people that read my blog.

I would also like to thank Edmond Aggabao for making the song in the game and Maire Ni Allurain for the art!

A couple of weeks ago was the Unite 11 conference were people get together and talk about Unity. Unfortunately I didn’t get around to posting back then but better late than never hey!

Anyways Unity 3.5 is coming out soon and I am so excited I google the release date quite often. No release date yet but apparently it’s going to be fall 2011 which isn’t to long away.

It is going to have a massive amount of new features including an entirely new particle system, a new GUI system and loads of other things. It will also support level of detail rendering which basically lowers the detail in objects the further away they are from the camera so you can have much more detailed scenes with hardly any extra computer cost.

Another new feature mentioned was social api’s so things like GameCenter and Facebook and in-app purchases and all that sort of thing which may not actually be in 3.5 but will come soon after.

Apparently it is going to have 3D rendering capabilities as well and even web cam support for augmented reality games!

Thanks for reading and if you have to know even more read the roadmap at Unity here.